What St. Patrick Can Teach Us About Home Care Marketing 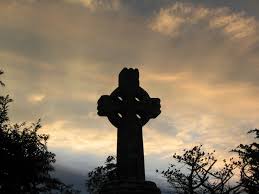 St. Patrick added the symbol of the sun to the cross to introduce his religion to the Irish

Dying the Chicago River green is only one of the crazy things that happen on St. Patrick’s Day. It is on this day that seemingly well-behaved professionals and adults across the country will find an excuse to let loose. They might wear green or even toss back a few Kelly green colored beers. But who was St. Patrick? And why do we celebrate him? Did he really banish all the snakes from Ireland? Let’s set the record straight about Saint Paddy.

The real Saint Patrick was a man who lived near the end of the fourth century A.D. And no, he did not rid the Irish countryside of snakes. Instead, Saint Patrick felt it his calling, and duty, to educate and convert the Irish people to his religion.

Here are two of the many lessons that can be learned today from the wisdom of St. Patrick:

1. Personalize your marketing plan to match the target industry.
Familiar with the Irish language and culture, Saint Patrick chose to incorporate traditional Irish rituals into his religious lessons instead of attempting to eradicate native Irish beliefs. For example, he used bonfires to celebrate Easter since the Irish were used to honoring their gods with fire. He also superimposed the sun, a powerful Irish symbol, onto the Christian cross to create what is now called a Celtic cross, so that the symbol would seem more natural to the Irish. This is the basic principle of branding. Using powerful images to extend the positive feelings that are desired.

2. Let your vision be your guide.
St Patrick was guided by visions. After spending more than six years imprisoned by a group of raiders who attacked his family estate, St. Patrick escaped. According to his writings, a voice that he believed to be God’s spoke to him a dream, telling him to begin religious training and minister. It was this vision and voice that guided him throughout the rest of his life’s work.

So, exactly What can we learn in home care marketing from these two lessons?

LEARN about the unique interests of your targets before embarking on a marketing strategy. Then APPLY what you know in order to set yourself up for success!

Now is the time, if you have not done so, to have a goal and a vision for your businesses success. And, even though others may not realize your vision, get with some professionals to make it a reality that can be translated into what your targets need to see and hear in order to act. And, stick with your plan for at least 6 months before you stop, take measurements, and forge ahead, either with tweaks or following that same path.

In case you need more Irish, take the “All Things Irish Quiz”:

And, in case you have not had some serious branding work done for your agency to turn your vision into something that resonates with your intended target audience, contact the aging care experts at corecubed and we can help you let your vision be your guide.