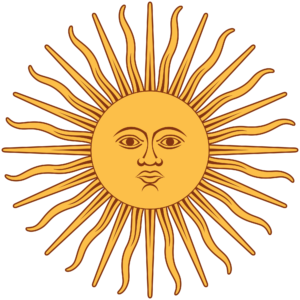 The Incans had simple rules by which to live.

Choosing what rules to live by is a crucial part of one’s destiny, and guides us towards that destiny in our daily lives by how we chose to live. This week one of my clients has been doing leadership training, and I keep thinking that some simple rules would certainly work to make this world, and where we work and who we work with so much more enjoyable. Working together, and working towards goals, but treating each other kindly and respectfully along the way. makes work so much more enjoyable. And, it inspires all to achieve and perhaps even strive to gain personal mastery.

Several years ago I visited Peru, and was introduced to the Incan culture, structures, and art. Now, in its time, before the Spanish invaded and started systematic elimination of their culture, it was indeed a powerful civilization with amazing structures that are still gloriously standing today. Those Incans lived by simple rules, and their civilization certainly accomplished a lot. We could learn from them and apply that to today’s world. Their rules and values were simple, but poignant and all encompassing.

If you think about it, these values and rules sort of encompass all other lists by all religions and cultures. And, not only did the Incans have their values and rules down to a science, their architecture and engineering feats are still to be revered.

Last week I toured a sugar factory in ruins, that was operating on Vieques, an island off of Puerto Rico, earlier in the last century. The guide asked us about a trench, and the visitors guessed its usage. I knew the usage, however, as I had seen many such trenches in Peru that the Incans had cleverly used as sewers. They understood sanitation and built their communities to be clean and safe from disease.

Amazingly the structures built by the Incans are still standing. Some were toppled by the invading Spanish conquistadors, but then modern churches were built on those foundations, and the modern churches have been felled several times with earth movement, only to have those Incan foundations still standing so the modern can be rebuilt on top of them. Sewers, water supply in cities – all things that were engineered by the Incans. Made me think of Flint, Michigan, and, if they were Incan, how they would have never allowed a water supply tainted with lead to be piped to their citizenry.

In these troubled and unsettling times, it seems that if we adopted the Incan values and the Incan rules then the world would indeed be a better place to live, work and play. If we adopted the Incan engineering and architectural rules, then earth movement would be just another event, and cities would not have to be rebuilt following quakes. Perhaps lives would be saved as well, as buildings would remain standing during earth movement. I believe it is still unknown how they composed and placed their building stones in ways that withstand some of the earth’s greatest earthquakes. Isn’t it amazing that we do not study that as a way to build our structures today?

Just musing that it really is not necessary to tear anything (or anyone) down to start over or to build up. Sometimes new things can come from using old foundations, or old structures and building on them. Sometimes we can seek wise counsel from those who have experienced life and listen so that we are not repeating past mistakes.

The abundance of older workers today, and the aging of America allows us some deep and knowledgeable talent from which to draw. Ask yourself today: Are you using the wisdom that surrounds you to its best usage? And, furthermore, do you live by the Incan rules? Don’t lie. Don’t steal. Don’t be lazy. And are  you living the Incan values? Knowledge, Love, Hard Work.