February 22, 2016 – Posted Under: Home Care Marketing Tips Comments Off on Tool Lust and Other Marketing Ideas

Tool Lust and Other Marketing Ideas 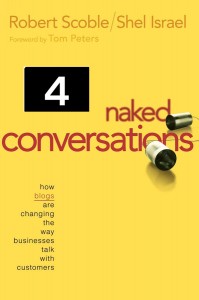 Tool lust is the desire for apps that are cool

Part 4. These notes are from 2006, so some of the details are not accurate today. However, the interesting thing is the strategy and how the early bloggers felt that blogs would play out. These notes are from my original posting on May 29, 2006.  Naked Conversations: How Blogs are Changing the Way Businesses Talk with Customers by Robert Scoble and Shel Israel is a seminal book on the subject of blogging.  In order to better understand how technology and the internet would affect marketing, and to gain an insight into how corecubed could better position our clients,  I read Naked Conversations and Cluetrain Manifesto along with many other tech savvy slanted marketing books over 10 years ago. Since then corecubed has been a leader in online, digital and content marketing services. As a component of home care marketing, when done correctly, nothing works better.

p. 33 Arik Bardi, a high schooler who invented a process called ICQ – together is I Seek You. That was the beginning of instant messaging in 1996.

p.34      When a new IM software version was ready, they would contact 1,000 randomly selected users, giving them each the same secret password, and urged each to reveal it only to two of the people’s friends.  As the company anticipated, users ignored the two-friend limit and spread the word far and wide.  By giving users a sense they were insiders, the company sparked frenetic, evangelical zeal.

They also offered ICQ communications channels to web masters and visitors who downloaded ICQ so they could chat with web masters and other ICQ users.  The IM service is supporting now high-margin contextual advertising – unobtrusive Google-like ads whose subjects coincide with the pages’ content.    Contextual advertising still offers the product free, which helps the adoption rate.

p.36      People want the latest, coolest things.  FireFox is an internet browser considered simpler,  more secure than IE. It reached 25,000,000 downloads in 99 days after launching exclusively from a blog that they also used as a central distribution conduit.  Each week on the site, they announce a new community marketing campaign – one week, they portray an effort to attract college students.  Early on, FireFox offered download buttons to other blogs and websites so people could get the new browser software as well.  FireFox.com is still offerable; with each download, you get a free blog.  They used blogs to execute enormous marketing campaigns.

p.41      Starting free and asking for money later has been a short route to the cemetery for a great many companies.  (Those were services offered a long time for free, not a 30-day free trial.)  Each keeps word of mouth at the center of its marketing strategy (Six Apart, eBay, and Amazon, even though they do use some other advertising strategies.)  Bloggers can join an affiliate program and split profits on any book sales that their sites generate.

p.42      Google allowed selected applicants a few beta copies and created a pseudo scarcity by asking each to invite just a few friends – again, the same concept that ICQ used.

1. Continuously gather customer feedback
2. Make it a point to share knowledge freely
3. Expertly build word of mouth networks
4. Encourage communities of customers to meet and share
5. Devise specialized smaller offers to get customers to bite
6. Focus on making your world or industry better

p.53 Both blogging and open source, in his eyes (Sun Microsystems CEO Jonathan Schwartz), are part of a new participation age.

p.69      Other events and industries will start being blogged as well.  Bloggers are the agents that tech companies try to produce with artificial intelligence.  Those agents are supposed to fetch useful information and retrieve precisely what users wanted; but it never worked in part because computers lack common sense.  Bloggers have become the intelligent agent.  They run around the internet in the real world finding all sorts of stuff and sharing it interactively through blogging.  It’s like every blogger can hold an interactive symposium.

p.91      Because of the efficiency of technorati and pubsub searches, like-minded people can easily find niche experts.

p.217    Replacing registration requirements with free RSS subscriptions could increase the number of listeners by as much as tenfold.

Still more to come tomorrow. If you want to start at Part 1 about blogging, start here.