April 15, 2015 – Posted Under: Merrily's Items of Interest Comments Off on Women at the Helm, and Shouldering the Responsibility

Women at the Helm, and Shouldering the Responsibility 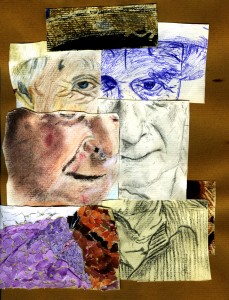 Women Bear the Burden for Caregiving

When it come so the game of life, though, specifically the role of caregiving, men are usually the ones on the sidelines. Women account for an estimated 66 percent of caregivers in the United States, according to the 2009 report from the National Alliance for Caregiving and the AARP Public Policy Institute. Results of the 2014 report will be released later this year, and I had the opportunity to hear about it at the recent annual meeting of the American Society of Aging, which I also presented at in March (with a male colleague, BTW, Sam Smith of AXXESS). You can read about the NAC/AARP presentation here.

With an average age of 48, many of these women are caught in the sandwich generation, caring for their own children as well as their elderly parents. Some other statistics on women and caregiving, from the Family Caregiver Alliance: Most of these women care for their elderly mother, who has an average age of 60, who does not live with her. They are married and employed. They provide an average of 20 hours per week of caregiving.

Women call the caregiving shots, but they don’t get many timeouts. To say that these female caregivers may need some assistance is an understatement.

If women caregivers give themselves a break, by cutting back on work hours—a MetLife study found 33 percent decreased their work hours; 29 percent passed up a promotion; 22 percent took a leave of absence–they risk being demoted, losing their jobs altogether, and seriously compromising their own financial security.

Another MetLife study, the Caregiving Costs to Working Caregivers, found “For women, the total individual amount of lost wages due to leaving the labor force early because of caregiving responsibilities equals $142,693. The estimated impact of caregiving on lost Social Security benefits is $131,351. A very conservative estimated impact on pensions is approximately $50,000. Thus, in total, the cost impact of caregiving on the individual female caregiver in terms of lost wages and Social Security benefits equals $324,044.”

And then there’s the health costs associated with caregiving: Women caregivers are twice as likely to say they feel constant daily stress in their lives compared to male caregivers or non-caregivers. One study found that women who provided care to a spouse were six times as likely to suffer from depression or anxiety as non-caregivers, and twice as likely to suffer depression or anxiety when caring for an elderly parent. Twenty-five percent of female caregivers have health problems because of their caregiving duties, according to a 2003 study by the Older Women’s League. Health issues associated with caregiving include elevated blood pressure, coronary heart disease, and an increased risk of early mortality.

To better serve our clients, home care agencies need to understand these demands, constraints, and repercussions for women as caregivers. At corecubed, we can help you reach out to female caregivers short on time through a comprehensive digital marketing strategy and execution.

I’m fortunate that at corecubed, my workload is lightened by an amazing staff of nine women, all top creative aging care marketing experts. Won’t you let us help lighten your marketing workload? Contact us today to see how we can assist you in reaching caregiving clients. We’re in the trenches. Together.