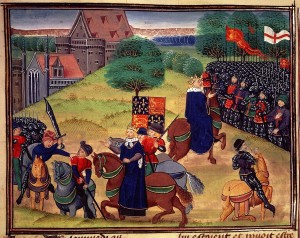 The history of labor laws is historical

For many, many years, the biggest competition to the private duty agency has been the independently hired caregiver, working outside the system. That directly hired caregiver has one advantage over the agency- cost. The high cost of recruiting, screening, monitoring, supervising and coverage of mandated employee benefits raises the price of care. However, that cost is balanced against the potential for abuse, exploitation or just poor care. That saved cost, however, also has the potential to come back later, if and when that direct hire decides to file for unemployment, is injured on the job, or the relationship turns sour and the direct hire wants to retaliate in some way.

Several states (Maryland, Washington, Florida) have made it “legal” to use independent contractors as direct care workers, and for agencies to place caregivers, monitor and supervise them, but not be responsible for those typical expenses associated with an employee: paying and withholding taxes, and/or coverage under Unemployment insurance.
Senator Bob Casey, D Pennsylavania, is Chair of the Senate Subcommittee on Employment and Workplace Safety. He recently chaired a hearing on payroll fraud, otherwise known as employee misclassification. Employee misclassification occurs when an employer improperly classifies a worker as an independent contractor instead of an employee. This misclassification can occur at the personal hire or the agency hire level.

According to the Senator’s website, “Employee misclassification occurs when an employer improperly classifies a worker as an independent contractor instead of an employee. While laws vary, in general a person is considered an employee if he or she is subject to another’s right to control the manner and means of performing the work. In contrast, independent contractors are individuals who obtain customers on their own to provide services (and who may have other employees working for them) and who are not subject to control over the manner by which they perform services.”

According to a report sent out by the Home Care Association of America (HCAOA), and also detailed on his website, Senator Casey introduced the Payroll Fraud Prevention Act of 2013(S.1687), on November 13, 2013. This act is intended to help ensure that employees are not misclassified as non-employees.

According to his website, The Fair Minimum Wage Act of 2013 would:

There are lots of changes coming down the pike for the home care industry. We’ll try to keep you updated as to how these will affect your home care agency. If you feel the  need to communicate your agency’s services, try corecubed since we know the industry so well, and can help with communicating the positives of a good agency that pays well and employees their caregivers for client safety and long term  in-home care.