February 28, 2013 – Posted Under: Home Care Marketing Tips, Merrily's Items of Interest Comments Off on To Rule or Not to Rule: Policies in Social Media

To Rule or Not to Rule: Policies in Social Media 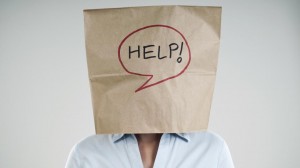 When social media became integrated into work life, I have always recommended that agencies establish a policy that covers what is appropriate and inappropriate behavior. Bob Garfield posted a great column on Mashable that would support my advice, discussing the not-so-funny adjective used to describe  9-year-old Oscar nominee actress Quvenzhane Wallis. “…it also represents the apotheosis of why C-suites fear social media. Priceless brands are entrusting their good names to low-level employees who can wreak untold havoc in an instant.”
However, a totally different approach is recommended by David S. Rubin, who published “Get Antisocial” in HR Magazine. He writes, “Just as a porch light attracts moths, a social media policy is likely to attract unwanted attention.”

It seems that instead of preventing “employees from engaging in online conduct that might be damaging, such as harassing or bad-mouthing co-workers, disclosing confidential information, or denigrating the company”, the National labor Relations Board is ruling that there are more effective ways for businesses to protect their interests than social media policies.

The issue is that an employee might interpret the business’s social media policies as a rule against the employees discussing or complaining about their working conditions with co-workers. And, since 2010 the NLRB has been filing complaints against companies for social media policies. The bottom line is that a focus on non-harassment, confidentiality or nondisclosure is the key.

And, after all, social media is supposed to be networking. And, according to our Mashable guru, “The trick is to be real, authentic, human, personal – not scripted, stilted, corporate and phony – without crossing any lines. Over time, those lines will move, but for now it’s wise to advise your organization’s tweeters as follows: ‘In speaking for the brand, don’t be afraid to be yourself — but not that part of yourself that makes people want to punch you in the face.’ “