September 26, 2012 – Posted Under: Home Care Resources, Merrily's Items of Interest, Messages from Merrily Comments Off on The Independent Contractor Question for In-home Care

Planning for 2014 and the employer mandate is something on the mind of many home care agency and franchise owners. Lately in the consulting side of my business, clients are more often looking for avenues to conduct in-home care businesses that are within the law, but less burdensome than they would be should their current employment model not change, and should they have to provide the health insurance or pay the penalty. I will not go into the specifics that make this rule extremely harmful to the fee-for-service in-home care businesses, but, suffice it to say that looking at providing care differently is a good idea. 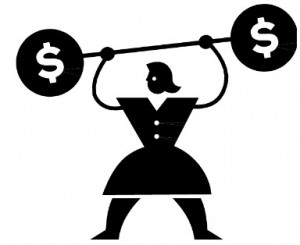 It is because of the Patient Protection and Affordable Care Act (PPACA), P.L. 111-148, that many  in-home care businesses are looking at ways to deal with that employer mandate which requires that employers with at least 50 full-time employees provide health care insurance or pay a stiff penalty.

The government wants more money, and tapping into this 1099 area is now, and has been recently of great interest to the IRS. For a business, however, they are attractive since independent contractors are about 30% cheaper than employees. They also mean less business time spent on employment rules—state, local, and federal. This is a compelling incentives for in-home care businesses.

The latest IRS tax gap study shows that Form W-2 employees misreport only 1% of their income while a 2009 U.S. Government Accountability Office report showed that 71% of IRS worker misclassification examinations resulted in changes to the worker status.

The following article was published in the CPA Insider and sent to me by Jon Meyer at Jones, Nale & Mattingly in Louisville. The views and opinions expressed in this article, he says, are not necessarily those of his or the firms. Because this is such a hot topic among in-home care agencies, I thought it bore reposting.

The IRS is stepping up worker classification efforts.

The IRS, U.S. Department of Labor, and state governments have a big stake in correctly classifying workers. Improper treatment of workers as independent contractors costs the government tax revenue, in the form of lost withholding, unemployment, workers’ compensation, and Social Security and Medicare taxes. This opportunity for reclaiming revenue has led to renewed compliance efforts.

How big is the problem?

A 2000 Department of Labor (DOL) study revealed that 10% to 30% of all employers misclassify workers. In 2008, the IRS found that even when workers and employers asked the IRS for proper classification, only 3% of the workers in question were independent contractors. However, the IRS does not have current, definitive numbers. The last definitive study on the issue was conducted in 1984 and concluded that 15% of employers misclassified 3.4 million workers as independent contractors.

The IRS is stepping up worker reclassification efforts, which represent a substantial revenue opportunity. In fact, a 2009 U.S. Government Accountability Office report stated that 71% of IRS worker misclassification examinations result in changes to worker status. The IRS is currently finalizing a three-year National Research Program initiative that included random audits of 6,600 employers. The study will quantify levels of worker misclassification, and the IRS and many states expect the study to reveal significant noncompliance.

The IRS knows that it is easier to keep employees compliant than independent contractors. The latest IRS tax gap study shows that Form W-2 employees misreport only 1% of their income, while, on average, independent contractors misreport 8% of their income. For the IRS, employee status means more automated, less expensive post-filing compliance activity, such as underreporter notices.

Employee status is even more important in light of the Patient Protection and Affordable Care Act (PPACA), P.L. 111-148, which mandates that employers with at least 50 full-time employees provide health care insurance or pay a stiff penalty. The mandate goes into effect in 2014, but employers may already be trying to reduce payrolls to avoid new taxes and requirements under PPACA. One way employers may reduce payrolls is by treating workers as independent contractors, rather than employees.

Worker reclassification has also been of interest to the Obama administration. In 2011, the DOL confirmed its commitment to use audit and enforcement resources to address the growing problem of employee misclassification. There is also a coordinated effort among the IRS, DOL, and many states to share audit findings and pool resources to address worker classification. At the 2012 IRS Tax Forum, held from July 31 to Aug. 2 in Las Vegas, IRS officials said that the IRS is coordinating employment tax examination findings with 37 states.

Despite the problem, the IRS does not have a clear, bright-line test to determine the proper classification of workers. Traditionally, the IRS has used the 20 common law factors found in Rev. Rul. 87-41 to test whether a worker is an independent contractor or an employee. Over the years, the IRS has tried to simplify determinations without much success. To complicate matters further, since 1978, IRS worker reclassification efforts have been hampered by defenses under Section 530 of the Revenue Act of 1978, which provided employers with safe harbors, such as reliance on a prior IRS audit or a long-standing industry practice.

As a result, reclassification audits often led to long disputes in IRS appeals offices. To combat the enforcement stalemates, in 1996, the IRS instituted an early resolution program that could be used to settle audit disputes. The Classification Settlement Program (CSP) allowed for prospective treatment of workers as employees but limited the taxes owed due to reclassification.

In 2011, the IRS began the Voluntary Compliance Settlement Program (VCSP), which allows an employer to seek prospective treatment for workers and pay even less than under the CSP arrangement, but the program is purely voluntary. It is not available for taxpayers in an employment tax audit conducted by the IRS, DOL, or state agencies. Since the program started, the IRS has received only 625 applications, according to officials at the 2012 Carolinas Tax Forum, held Aug. 8–10 in Charlotte, N.C.

Practitioners may be concerned about legal ramifications for their clients if they voluntarily supply information involving potential noncompliance. However, the IRS states that the VCSP offers audit amnesty. An IRS official at the 2012 IRS Tax Forum explained further that the IRS will not share VCSP applications with any other federal or state agencies and that employee treatment is prospective and does not imply that the contractor was an employee in the past.

What you can do for your clients

As federal and state agencies continue to address worker misclassification, there are three proactive reviews you can conduct to identify risks and reduce exposure for your clients:

Review Form 1099 recipients for proper classification. Investigate who controls the worker. If your client is in control, based on your objective analysis of the 20 common law factors, then your client should be treating the worker as an employee. Use Form SS-8, Determination of Worker Status for Purposes of Federal Employment Taxes and Income Tax Withholding, to guide your fact gathering of any workers in question. Also, look for inconsistencies in your client’s workforce, including similar workers with different classifications. If your client has to reclassify a worker or a group of workers, offering the VCSP as an option can soften the news.

It is a good time to conduct a workforce review for your clients. Even if the IRS or other agencies take issue with your assessment, the analysis can help demonstrate that any misclassifications were not willful and that your client is taking steps to comply.

Jim Buttonow, CPA/CITP, is the co-founder of New River Innovation. He has more than 24 year of experience in IRS practice and procedure