Bombarding with Negatives Does not a Positive Make

Communication is the name of the game in marketing. Communicating the right message to the targeted audience right?  So, I am wondering how, in this day and age of the incredible nasty, demeaning and downright vicious ads against both parties in a political race, how is it that the public is supposed to FORGET the bad things said about the winner? And one of the guys is going to win. Unfortunately, perhaps, but a reality.

As a marketing professional it seems to me that the art of selling a good candidate to a hopeful public needs to be reinvented, or we will have an ongoing turnstile of politicians where we throw the rascals out every few years, only to get another set of rascals that need to be thrown out again in a few years.

If you happen to be interested in selling good products or services, focusing on strengths and finding the right targets who need specific messages, then corecubed can do that. Fortunately we are not involved in any political campaign ads, and, hopefully we never will stoop to that level to have a client. Now what does that say about our candidate choices? 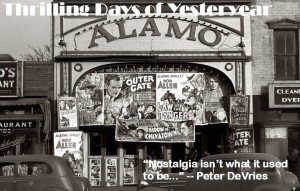 Find out more about Merrily's Help Choose Home podcast series and suggest a topic or guest for a future episode.